"It's good to read a book exploring 'big themes' instead of yet another Australian book about marriage breakups" was one member's comment about our June book, Snow, by Orhan Pamuk. This is the second Orhan Pamuk book that we Minervans have discussed, the first being his memoir-cum-history, Istanbul. Nine members turned up at our June meeting and almost all had attempted the book but only about half of us had finished, partly because, as most of us agreed, it is not one of those books you can read in long stretches. None of us, in fact, found it an easy book to read but we managed to tease out quite a few of the big themes it covers.

Some of the themes we looked at were: the relationship between art and politics, the role of women in Turkish society and particularly the issue of women wearing headscarves, east-west tensions (particularly between Turkey and Europe/Germany), and the tensions within Turkey between secularists, Islamic fundamentalists, and Kurdish nationalists. We didn't really resolve where Pamuk was taking us with most of these but we had fun trying.

We wondered what impact the translator had on our enjoyment of the novel. One member in particular felt it was cliched, contradictory at times, repetitive and weighed down by too much detail. Others of us, though, found it dense but overall an engaging read. Its structure is interesting: it is basically a third person story told by a first person narrator who has researched his friend's story after the events of the book, and much of the plot is foreshadowed before we get to it. There are quite a few pairs of characters who could be "compared and contrasted" to better understand them, including Ka the protagonist and his friend Orhan the narrator; Ipek and Kadife, the sisters; Fazil and Necip, the religious high school boys; and Ka (again) and Blue, the sisters' lovers.

Although the plot is based on a coup and there are some 29 deaths, the novel also has some very funny scenes - such as the scene where competing "rebels" get together to prepare a joint statement for the Western press. It is deeply ironic in places, and in fact we wondered whether the whole book has an ironic edge to it particularly in the way it plays with the art-politics nexus. Not surprisingly, snow - literally and figuratively - underpins the book and is presented somewhat paradoxically, that is, very early in the book it is described as pure but not innocent! The chapter headings are amusing and reminiscent a little of nineteenth century novel style. And the chapters are short - there are 44 chapters in under 440 pages. We do like a book with short chapters!

There were several attempts to sum up the book. One member suggested that it's a bit like a Turkish Wake in Fright, while another suggested that its complexity is rather reminiscent of a Turkish carpet. These are two quite diverse ways of looking at it. It would be great now to hear what others think, so please, comment away...

BREAKING NEWS! I have just learnt that "kar" is snow in Turkish - which rather explains the wordplay on Ka/Kars. The things you miss in translation, eh?
Posted by Sue T at 23:14 2 comments

The limits of Google

Had to share this. You have to feel sorry for the "punters" out there, including ourselves, trying to hone in on the information they/we seek. Recently, our blog was the second result in the hitlist produced on a search for "heroic quotes from Minerva". Well, of course our title is Minerva. And the report of our meeting on The white tiger does mention "hero" and the review of People of the book does include the word "quotes". Google very carefully put two and two together and came up with, well, not four in this case. 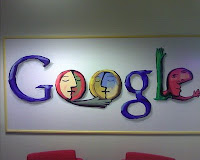 The trouble is that Google does not appear to use much in the way of proximity searching. After all, "hero" appeared in one post and "quotes" in another. The poor searcher arriving at our site must have been severely disappointed. You have to hope that if there are sites in which these words are closer together, they would have been listed ahead of us in the hitlist!

All this is to say that as wonderful as Google is (and I would hate to be without it), there is much to be said for good indexing and, more importantly perhaps, sophisticated search tools. Without them, searching the 'net is indeed a heroic activity requiring stamina, patience and perhaps, even, a little bravery...

Suggestions for next schedule

Blogs to check out